Chances are, you probably have thought about owning a farm at least once in your life. Maybe it was a dream you had no control over. Or you passed some idyllic-looking farmlands while driving to your actual job – where a chronically dried-up plant on your desk was the only link to nature, and you thought, “Hmm, that would be a nice change!”

Let’s pick up that thought of owning a farm that may have withered along with your furniture store-bought orchid! With the Platinum Expansion and Platinum Edition of Farming Simulator 22 being available as of today – the best time to chase that dream of farmin’ is now!

Sandboxes for Your Farming Empire!

Let’s talk business first, and make it quick: The Platinum Edition contains the base game of Farming Simulator 22 and the Platinum Expansion, which is available on its own, too.

Four huge maps (including the brand-new map Silverrun Forest, inspired by the Pacific Northwest with its vast and woody landscapes), over 500 authentic machines from more than 100 real brands, lots of crops, animals, production chains, seasonal challenges – yadda, yadda, yadda. It’s an enormous package. Do what you want. Do it with your friends. Cross-platform multiplayer. Mods. More. You get it, right?

One of the most exciting debuts coming with Platinum is the Volvo Group. You know ’em. Machine enthusiasts with a knack for forestry will probably scream in delight when operating complex machinery like the all-new Volvo L200H High-Lift that was introduced to the real world only months ago. Maybe they’ll shake a little. Understandably. John Deere, Komatsu, Pfanzelt, Koller, Schwarzmüller, IMPEX and many other brands are also featured in the expansion – overall more than 40 new machines.

But, if you’re more of an old-school vintage-loving connoisseur of the analog, like me, the fleet of Volvo machines in the Platinum Expansion includes machines from the Volvo-BM era.

Meaning: You also get rare machines from a joint-venture with Bolinder-Munktell, that were produced between the mid-sixties and mid-eighties. Like the first tractor Volvo-BM ever built: the Volvo-BM 2654. It’s a classic, introduced in the seventies. Or the BM-Volvo DR631, lovingly called the “Gravel Charlie”, the first articulated dump truck ever created. But let’s not get too nerdy with machines. Do you like trees?

As the Platinum Expansion is heavy on forestry, we introduce a lot of new features revolving around planting and harvesting trees. Or, the other way around – harvesting trees, and replanting what you took from nature and more. Don’t you dare just chop down trees to build your empire without reforesting to create lush landscapes with dense woods! And don’t touch the sequoia trees, one of the new coniferous tree types in the expansion!

Whether you take on new forestry missions or do your own thing: You can mark trees that you and your friends need to chop down (especially deadwood), break rocks in your path with a hydraulic hammer, and move harvested logs with exciting toys.

Drag logs around with winches, attach them to yarders and move them through the air over otherwise impassable terrain. Using wheel loaders, shipping containers, big trucks, and other vehicles and tools, you set up logistics, and start new production chains to produce furniture, cat trees, or dog houses. Or… OR… you build a rollercoaster!

With the Platinum Expansion, we also introduce construction projects. As Silverrun Forest is the perfect destination for recreational amusement, the local construction site for a rollercoaster is dependent on your delivery of logs and other resources – like metal, processed after scooping the local iron ore mine. Yes, you can ride the rollercoaster when it’s finished.

There’s also a boatyard, where one boat after another is built thanks to your deliveries and then dropped into the lake. All that earns you a hefty sum of money, of course, to expand your business. With more than 20,000 trees greeting you in Silverrun Forest, there’s still enough space to plant more or do some classic agriculture on fields. Choose your own play style! And keep your eyes open while wandering through the forests, as we’ve hidden a lot of collectibles!

If you’re new to (virtual) farming, you might want to take a look at our Farming Simulator Academy, a growing set of tutorials to assist you with your first steps on fields and in dense forests. It’s okay to feel overwhelmed by all the possibilities, exciting machines, cute animals and gameplay mechanics. But, fear not, Farming Simulator 22 and the content of the Platinum Expansion will surely grow on you. So, go on, have fun – build a farm! 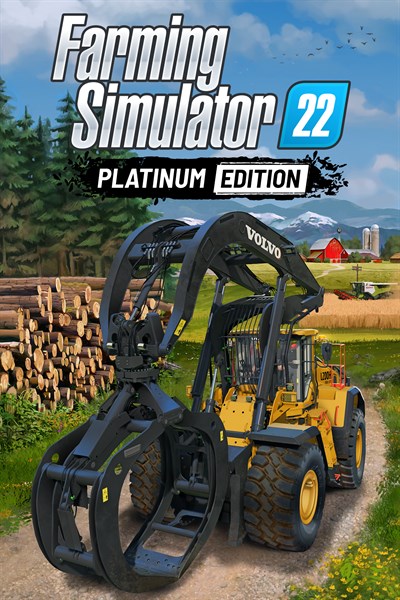 The most extensive farming sim to date!

With the Platinum Edition of Farming Simulator 22, you start your farming venture in one of four distinctive European and American environments to take on agriculture, forestry and animal husbandry. At your disposal: More than 500 authentic machines and tools by over 100 renowned agricultural manufacturers from all over the world.

With Farming Simulator 22, various new gameplay mechanics are introduced: Seasonal cycles challenge you to plan ahead and adapt to changing weather conditions. New crops like grapes and olives require you to carefully work in narrow spaces with specialized machines, and various production chains allow you to build an agricultural empire.

Included in the Platinum Edition, apart from the already massive base game, is the brand-new Platinum Expansion: Adding Silverrun Forest, a new map, inspired by the Pacific Northwest with its woody landscapes and new possibilities. Grab your tree markers to take on new forestry missions and even build a boat at the shipyard – as Silverrun Forest is rife with points of interest and production chains that develop based on your delivery of logs.

Enjoy a large selection of new machines by the renowned Swedish manufacturer Volvo that celebrates its debut to the Farming Simulator series and extend your fleet by even more from John Deere, Komatsu, Pfanzelt, Koller, Schwarzmüller, IMPEX and many other brands. Over 40 authentic vehicles and tools are included in the expansion to enrich and grow your farming and forestry experience – whether you rise to the challenge of virtual farming alone or with friends in multiplayer. 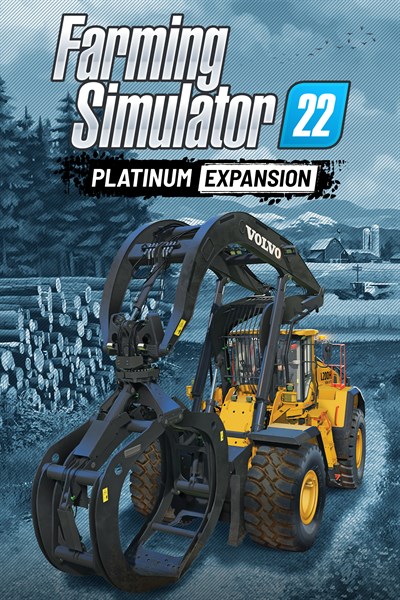 Expand your farming business to the brand-new and lively environment of Silverrun Forest – and bring your new machines and tools by Volvo and others to the woods! Included in the huge expansion is a new map, inspired by the Pacific Northwest with its woody landscapes – rife with points of interest and production chains that develop based on your delivery of logs. Grab your tree markers to take on new forestry missions and build boats at the dock!

Enjoy a large selection of new machines by the renowned Swedish manufacturer that celebrates its debut to the Farming Simulator series and extend your fleet by even more from John Deere, Komatsu, Pfanzelt, Koller, Schwarzmüller, IMPEX and many other brands. Over 40 authentic vehicles and tools are included in the expansion to enrich and grow your farming and forestry experience of logging and planting trees. 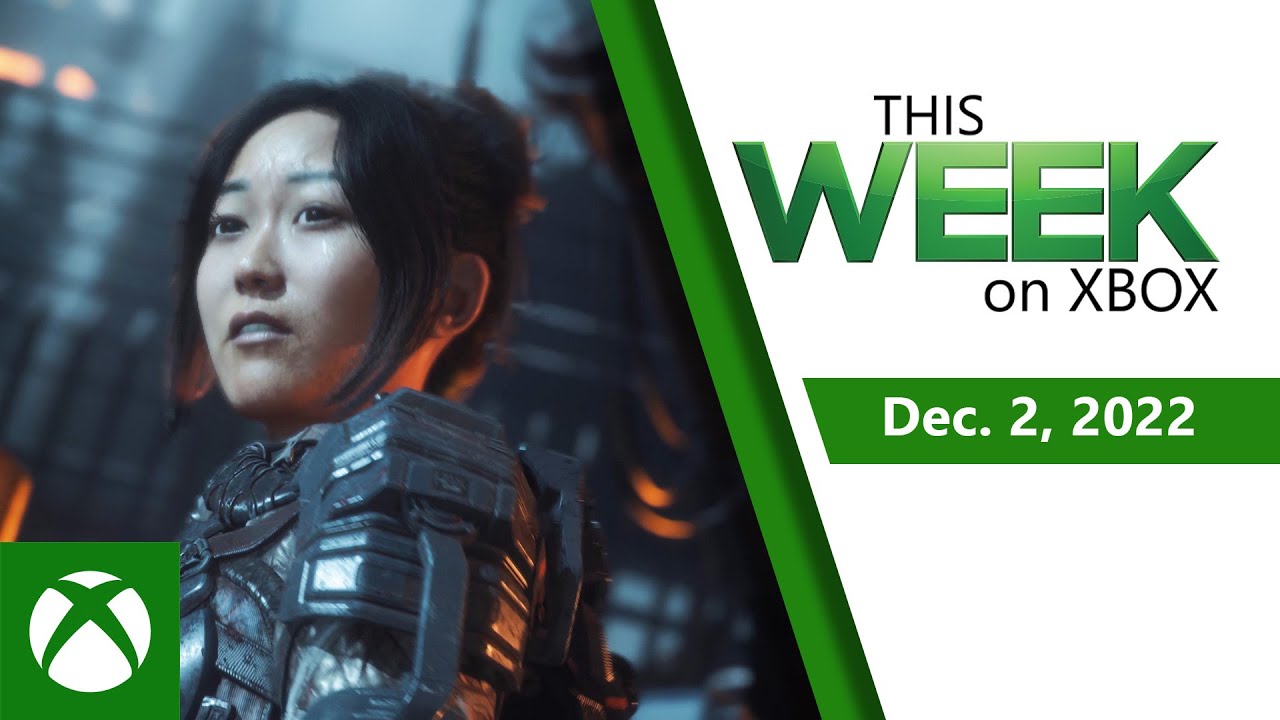 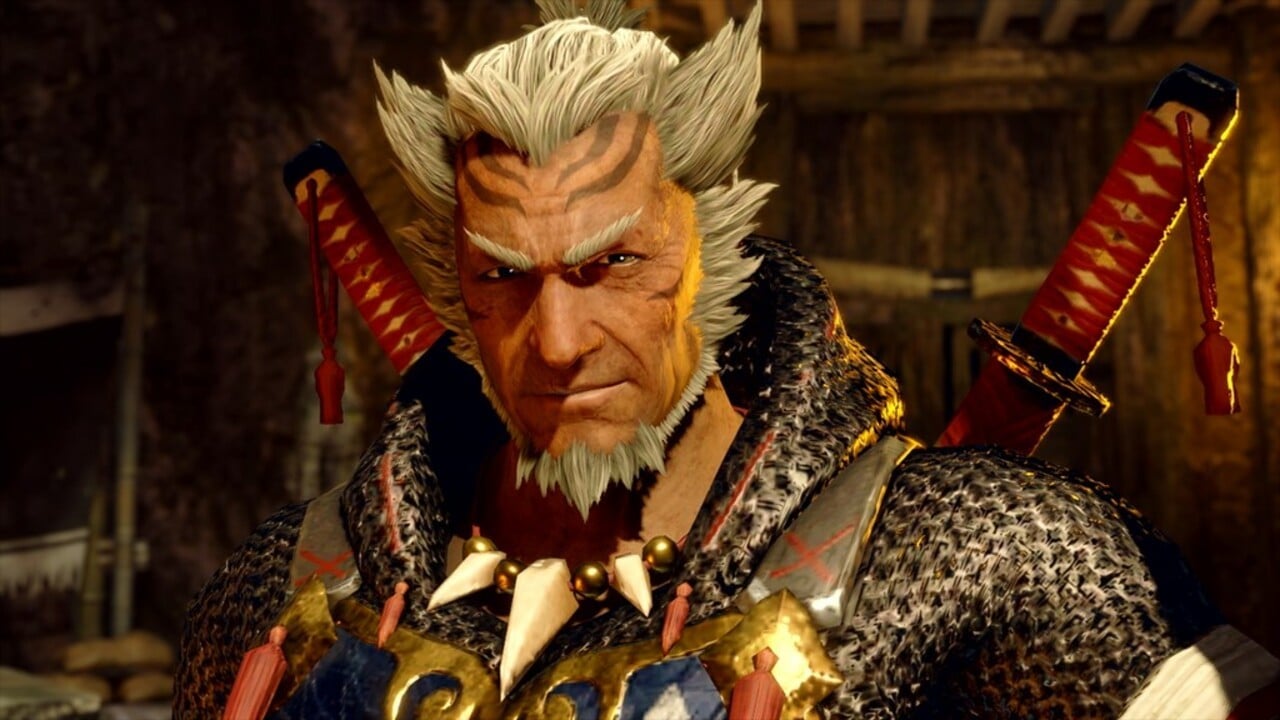